Welcome to Cyberstone International, for our 25th Anniversary Events we are refurbishing and adding new exciting content. We apologize for some not yet ready Topics.. Enjoy and feel free to send us your comments @ : contact@cyberstone-international.com
Close 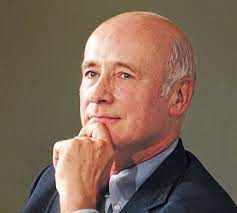 Professor & Former Dean of Harvard’s Kennedy School of Government.
PhD in political science from Harvard.
He published in 2004
- Soft Power: The Means to Success in World Politics : a Washington Novel.
- The Power Game: 2008, The Powers to Lead.
Fellow of : The American Academy of Arts and Sciences.
The British Academy.
Academy of Diplomacy.

“ Effective public diplomacy is a two-way street that involves listening as well as talking. We need to understand better what is going on in the minds of others and what values we share. That is why exchanges are often more effective than mere broadcasting. By definition, soft power means getting others to want the same outcomes you want, and that requires an understanding of how they are hearing your messages and adapting them accordingly. It is crucial to understand the target audience. Yet research on foreign public opinion is woefully underfunded. Preaching at foreigners is not the best way to convert them. Too often, political leaders think that the problem is simply that others lack information, and that if they simply knew what we know, they would see things our way. But all information goes through cultural filters, and declamatory statements are rarely heard as intended. Telling is far less influential than actions and symbols that show as well as tell.”